The Brain Explorer Academy, created by UCI’s Center for the Neurobiology of Learning & Memory, is among the first in the world to offer children training by university professors and students in neuroscience research, scientific communication and critical thinking skills.

Founded by Manuella Yassa, the center’s director of outreach and education, and run by its team of volunteer advocates, the CNLM Ambassadors, the free, eight-week course aims to introduce second- to eighth-graders to the wonders of the brain at an early age and encourage interest in the fields of science, technology, engineering and math.

A couple years ago, at the annual Society for Neuroscience conference’s Brain Awareness Week outreach event, Yassa was inspired to combine her background in neuroscience and education to establish the Brian Explorer Academy.

She knew that although individual interactions with scientists generated a lot of interest among youth, a true science foundation could only be developed through a multi-week class, during which science mentors could build relationships with participants. When Yassa pitched the idea to the CNLM Ambassadors – more than 50 UCI graduate and undergraduate students and postdocs in such diverse disciplines as neuroscience, education, the humanities, engineering and statistics – they jumped at it.

Over 100 applications poured in from the community before the first academy launched in January 2018. Acceptance is merit-based, and the number of enrollees is capped at 40. A second- to fifth-grade group is hosted each year in the fall, and sixth- to eighth-graders are hosted in the spring.

The Brain Explorer Academy, which convenes for two hours on eight consecutive Saturdays, starts with the basics: Students are taught about the different lobes of the brain and how it’s organized, then they dive deeper into specific areas through hands-on activities and group work. Participants tour different labs across campus and even get the chance to act as researchers themselves. They see how scientists communicate their ideas by reviewing journal articles and editing them so that they’re accessible to other children.

“Our young explorers are exposed to a whole new way of thinking,” Yassa says. “We want them to ask what-ifs and then go and investigate. Thinking like a scientist is a skill that will help them in whatever career they choose.”

For example, students are encouraged to see unexpected results not as failures but as learning opportunities, necessary stepping stones on the path to eventual success.

“Scientific discoveries are often viewed as a straight shot from idea to result, like a flight path from Los Angeles to New York, when, in reality, it’s more like the flight path of a bee, with many turns and loops,” Yassa says. “Science requires a tremendous amount of grit, which children don’t often have the opportunity to develop. Scientific exploration lets them flex their grit muscles.”

Of course, science is also wondrous. “When they hold a human brain for the first time, they’re just in awe,” she says.

This spring, the academy’s students toured several labs, where they observed actual stem cells in petri dishes, viewed brain slices through microscopes and learned about the role of animal models in neuroscience research. They also gained hands-on experience investigating how brain cells communicate with each other by recording and visualizing neural activity.

In addition to the obvious benefit to the children, the program offers valuable leadership and service opportunities for junior scientists at UCI. This year, as academy co-chairs, Jonathan Hasselmann and Morgan Coburn, both CNLM Ambassadors and Ph.D. students in neurobiology & behavior, led a group of nine science mentors.

“At first, I just wanted to get my feet wet in outreach and become a better communicator of science in general, but teaching in the academy quickly became one of the most rewarding experiences for me,” Coburn says.

The science mentors are excited to grow the program – which is completely funded by charitable donations – beyond UCI.

“We have an excellent working model that can be reproduced off campus,” says Hasselmann, a Hawaiian native who hopes to bring the academy to his hometown. “There is an immense potential for making a difference in the lives of children in the rural, disadvantaged parts of our country. Programs like this open their eyes to the possibility of a college education and a career in STEM fields.”

Yassa, who received an award this year from UCI Engage for her work building meaningful partnerships with the community, is proud of what the Brain Explorer Academy has become and what the future holds.

“We’re inspiring and training the next generation of leaders and scientists who will go on to transform our planet,” she says.

The Brain Explorer Academy is offered at no cost to participants and is 100 percent funded by charitable donations. To contribute, contact Yassa at [email protected]

By Zahara Mary Kelly Keulen More than fifty high school students gathered at UCI on February 8th to test their knowledge of neuroscience at the 2020 Irvine Brain Bee.  This is the second time that UCI’s Center Read more… 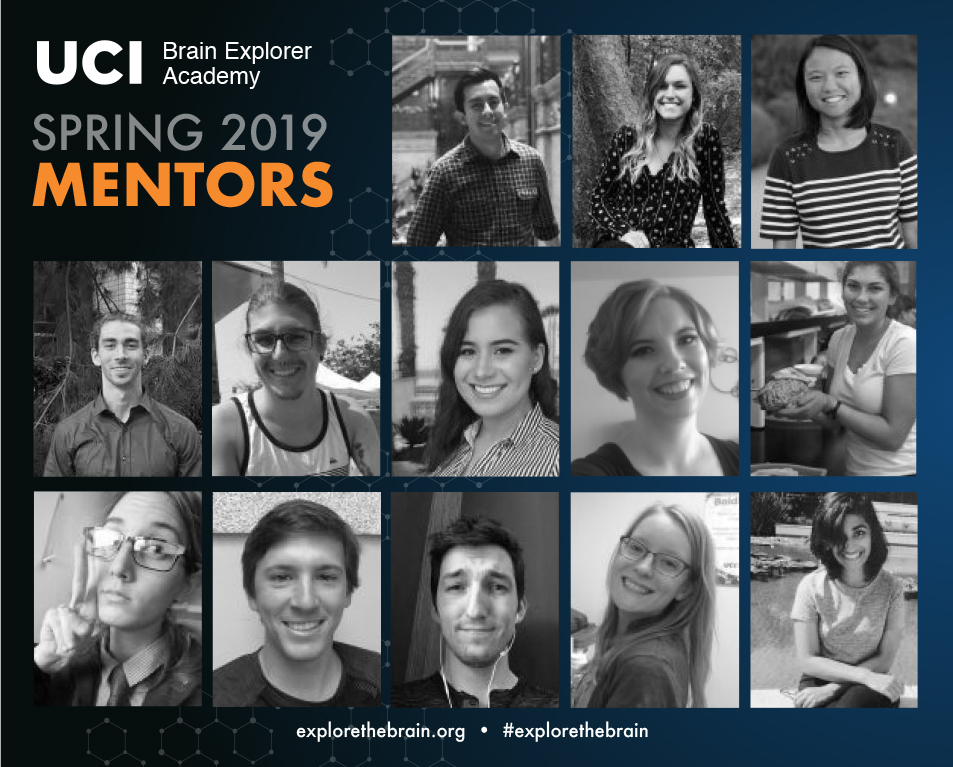 The Spring 2019 Brain Explorer Academy session is currently underway and the science mentors are enjoying working with the Orange County Middle Schoolers!  The children and their mentors spend Saturday mornings at the UC Irvine Center for the Read more… 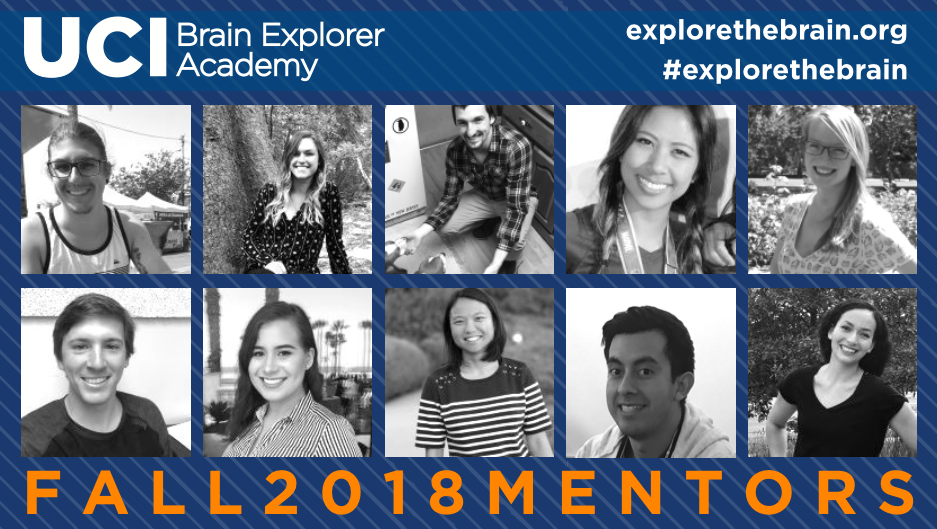 Applications for the Fall 2018 cohort of the Brain Explorer Academy are now open and the Science Mentor Team is excited to meet you! This Fall, neuroscience students and trainees from the UC Irvine Center for Read more…